Speaking to the BBC's Andrew Marr show on Sunday, Gen Sir Nick was asked how the predictions had been wrong.

‘Everyone got it wrong’ on Taliban takeover – armed forces chief

“Everybody got it wrong” on how quickly the Taliban would take over Afghanistan, the head of Britain’s armed forces has said.

Gen Sir Nick Carter said: “It was the pace of it that surprised us and I don’t think we realised quite what the Taliban were up to.”

Asked whether military intelligence was wrong, he said the government received intelligence from a variety of sources.

“It’s not purely about military intelligence,” he said.

The last British and US troops left Afghanistan a week ago, bringing their 20-year military campaign in the country to an end.

There has been criticism of the way the West withdrew from Afghanistan, with questions over how the Taliban was able to seize control of the country at such speed.

Earlier this week, Foreign Secretary Dominic Raab told MPs the intelligence assessment was that there would be a “steady deterioration” in the security situation in August – but it was “unlikely Kabul would fall this year”. Kabul fell in mid-August. 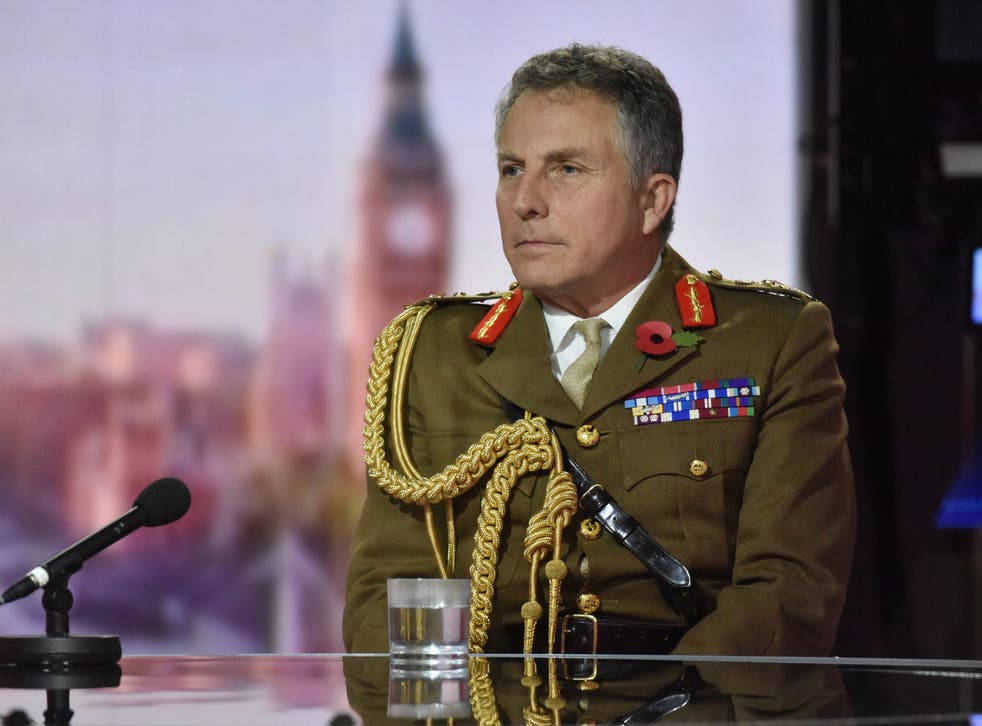 Speaking to the BBC’s Andrew Marr show on Sunday, Gen Sir Nick was asked how the predictions had been wrong.

“I think everybody got it wrong is the straight answer,” he said. “Even the Taliban didn’t expect things to change as quickly as they did.

“I don’t think we realised quite what the Taliban were up to. They weren’t really fighting for the cities they eventually captured, they were negotiating for them. And I think you’ll find a lot of money changed hands as they managed to buy off those who might have fought for them.”

The chief of defence staff added: “I don’t think what anybody predicted was how fragile that Afghan government was and how fragile it was in relation to the command of its armed forces.”

Asked whether military intelligence was wrong, Gen Sir Nick said: “No… many of the assessments suggested it wouldn’t last the course of the year and, of course, that’s proven to be correct.”

He said: “It’s a much broader thing than just strictly military intelligence.

“The way it works in this country is we have the joint intelligence committee which sits inside the Cabinet Office. So what they do is pull together the sources from the Ministry of Defence, the Foreign Office, the inter-agencies and the secret intelligence services and wider open source material.”

The Taliban is expected to announce a new government in the coming days, meaning foreign powers will have to adapt to the prospect of dealing with a Taliban administration.

Currently, Taliban soldiers are fighting resistance groups in Panjshir Valley, the last remaining part of Afghanistan which the Taliban does not yet control.

On Saturday, the top US general said that civil war was likely to erupt in Afghanistan, and those conditions could lead to a resurgence of terrorist groups there.

Gen Mark Milley told Fox News: “The conditions are very likely that you could see a resurgence of terrorism coming out of that general region within 12, 24, 36 months.”

Gen Sir Nick told the BBC the risk of terrorism will depend on whether an effective government can be formed in Afghanistan.

He said it was “too early to say” how the Taliban will govern – but there was a possibility the militant group will be less repressive than it was in the past.

“On the face of it, it doesn’t look good at the moment. But let’s see what happens. It may well change,” he said.

“I also think they’re not stupid enough to [not] know the Afghan people have changed and they want a slightly different sort of governance.”

The Taliban are “trying to find their feet” and the international community should encourage them to govern in a different way, he added.

“They’re going to need a bit of help to run a modern state effectively,” he said. “If they behave, perhaps they’ll get some help.”

Labour’s shadow foreign secretary Lisa Nandy said there was a strong possibility that Britain may now be less safe because of the events in Afghanistan.

“The urgent task for the government… is to make sure Afghanistan doesn’t collapse once again into a haven of terrorism,” she said.

She called on the UK to work with other countries – not just its allies – to take a common approach towards the Taliban, and use their leverage to demand rights for women and girls living in Afghanistan.

Sabina Nessa was killed as she walked through Cator Park in Kidbrooke, southeast London, on her way to meet a friend on 17 September.

The British Medical Association said there was a real risk that some would not be able to get to work. And Unison called on ministers to use emergency powers to

Fuel crisis: Government puts army on standby to help with deliveries ‘as a precaution’

The 28 years old school teacher Sabina was killed 5 minutes away from her flat.

AAF also demanded that the murderer is found and punished.

Concerned at the murder of Sabina Nessa

Joshua gave the crowd little to cheer about and appeared to run out of ideas against his Ukrainian opponent.

Foreign Minister meets the High Representative of European Union, requests for effective support for repatriation of Rohingyas to Myanmar

Whether that trade deal will be taken back off the shelf.

Johnson-Biden met in the oval office but no trade deal

Sheikh Hasina will speak at the debate on September 24