Bid for a spot in next summer's rearranged European Championship, while England and Wales - who have already qualified - face off in a much-anticipated friendly at Wembley.

LT24::Sports::It’s a huge day of international football for the Home Nations with some fighting for their Euro 2020 places and Anglo-Welsh bragging rights at stake.

Northern Ireland and Scotland are involved in play-off semi-finals at 19:45 BST as they bid for a spot in next summer’s rearranged European Championship, while England and Wales – who have already qualified – face off in a much-anticipated friendly at Wembley.

After tonight, we could even be looking forward to a potential Northern Ireland-Republic of Ireland play-off final – which would be at Belfast’s Windsor Park – although they both have to get through tricky away games before they worry about that.

Northern Ireland travel to Bosnia while the Republic visit Slovakia and victories for both in tonight’s one-legged ties would set up a mouth-watering all-Ireland showdown for Euro 2020 qualification. 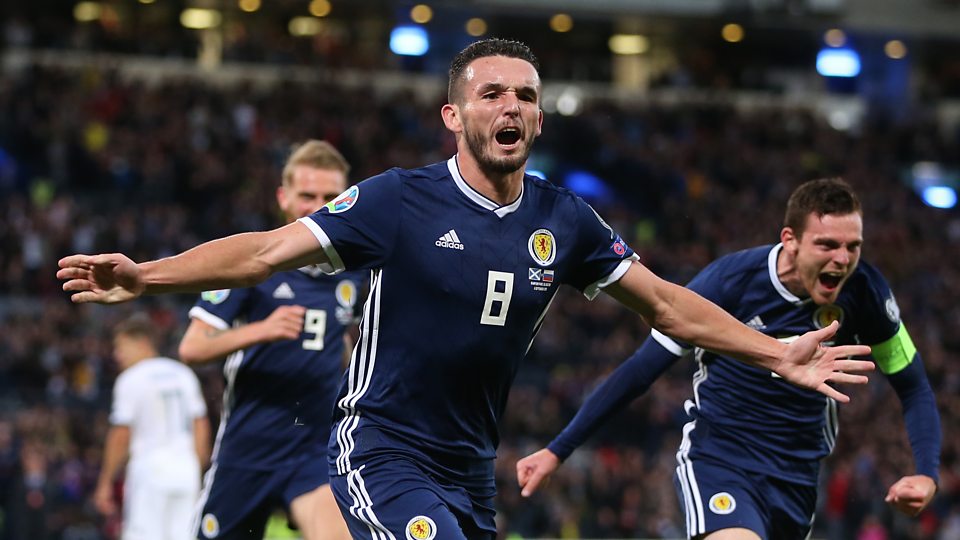 Scotland’s task of progressing past Israel at Hampden Park has been made even more difficult by the absence of three players because of Covid-19.

Stuart Armstrong, Kieran Tierney and Ryan Christie will all miss the semi-final after the former tested positive, with a final against Norway or Serbia awaiting the winners.

Away from the Euro 2020 play-offs, England and Wales go head-to-head behind closed doors in a friendly (20:00 BST) that is expected to be no less competitive.

England won the last meeting, a 2-1 victory at Euro 2016, and have been victors in 67 of the 102 matches between the two sides, with the last of Wales’s 14 wins coming in the Home International Championship in 1984.

All eight semi-finals are on Thursday, with the four finals on 12 November (before Nations League double-headers). They were initially scheduled for 26 and 31 March before the coronavirus pandemic.

Northern Ireland and the Republic both qualified for the play-offs purely on the basis of being in Tier B of the Nations League. Both sides finished bottom after failing to win a game.

Scotland qualified on their own merits after topping their Nations League group.

They are bidding to qualify for their first major tournament since the 1998 World Cup. Their only two European Championship appearances were in 1992 and 1996, going out in the group stage both times.

Uefa has said home fans – but no away supporters – can occupy up to 30% of the ground’s capacity if local authorities allow.

That means 2,000 Bosnian fans will be allowed to attend their semi-final against Northern Ireland.

Scotland’s home game with Israel will be behind closed doors because the government is not allowing spectators into matches.

Borris Johnson:’whole Cabinet united’ behind May on Brexit

North Korea’s Most Important Submarine Base

Travel bans have previously been introduced for those coming from Denmark and South Africa, in response to other new variants.

How new EU-UK relations will affect you following Brexit deal

Mass vaccination across the European Union, home to almost 450 million people, would be a crucial step towards ending a pandemic that has killed more than 1.7 million around the world, crippled economies and destroyed businesses and jobs.

The UK and the EU’s newly-minted trade pact will shape their relationship for years, if not generations, to come.

Brexit deal: What happens next and what will change on January 1?

In the first phase, 1,794 workers on Tuesday got Tk3,000 each for the month of September

MPs and peers will be recalled to parliament on 30 December to ratify the treaty.